News Web Design By Jaime Morrison This post may contain affiliate links. If you buy something we get a small commission at no extra charge to you. (read more)
Facebook Twitter Google +

The largest digital arts portfolio site just got a redesign that looks a whole lot smoother. UX-wise not a lot has changed. The navigation appears in the same location along with thumbnails and other page styles.

But if you check ArtStation’s homepage compared to the WayBack archive you’ll notice some minor yet distinct changes.

Overall the new design is more concentric and interconnected. The entire layout follows a dark background with blue highlights. It’s a small change that resonates across the entire design.

Perhaps the subtlest yet greatest change of all is dropping “Beta” from the logo.

If ArtStation was still considered to be a beta project in November 2015, it’s now running a fully-fledged v1 design. 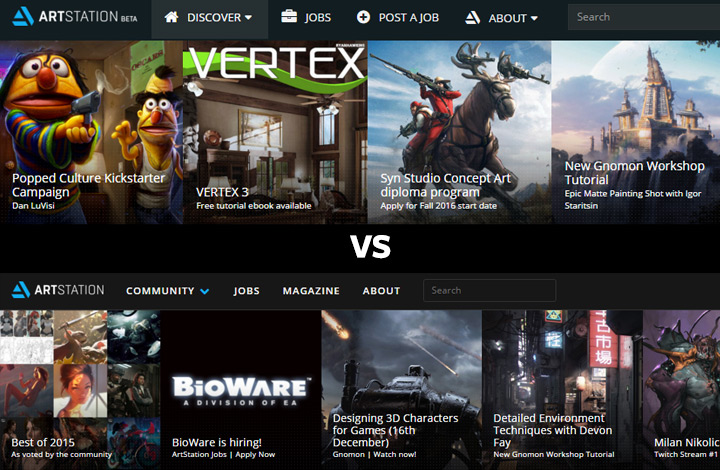 A few other changes include: 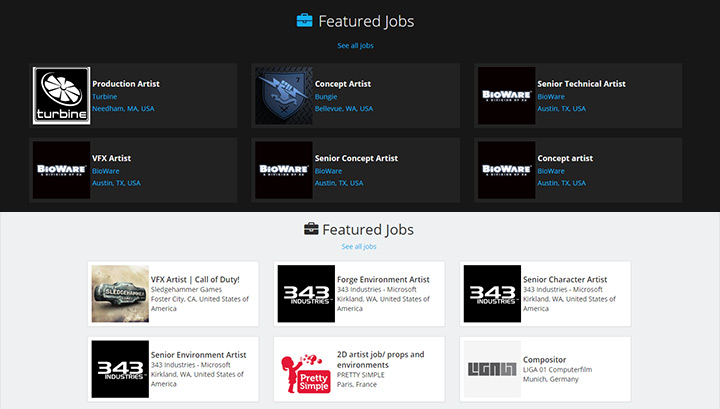 While scrolling on the homepage you’ll notice the dark background also takes up the entire page. Originally page sections were split up with light grey backgrounds in some areas.

To the average user this appears like almost nothing has happened. There’s no official post in the site’s dev updates, but ArtStation’s move away from beta is certainly news-worthy.

Click the image below for a fullview screenshot of the new design. 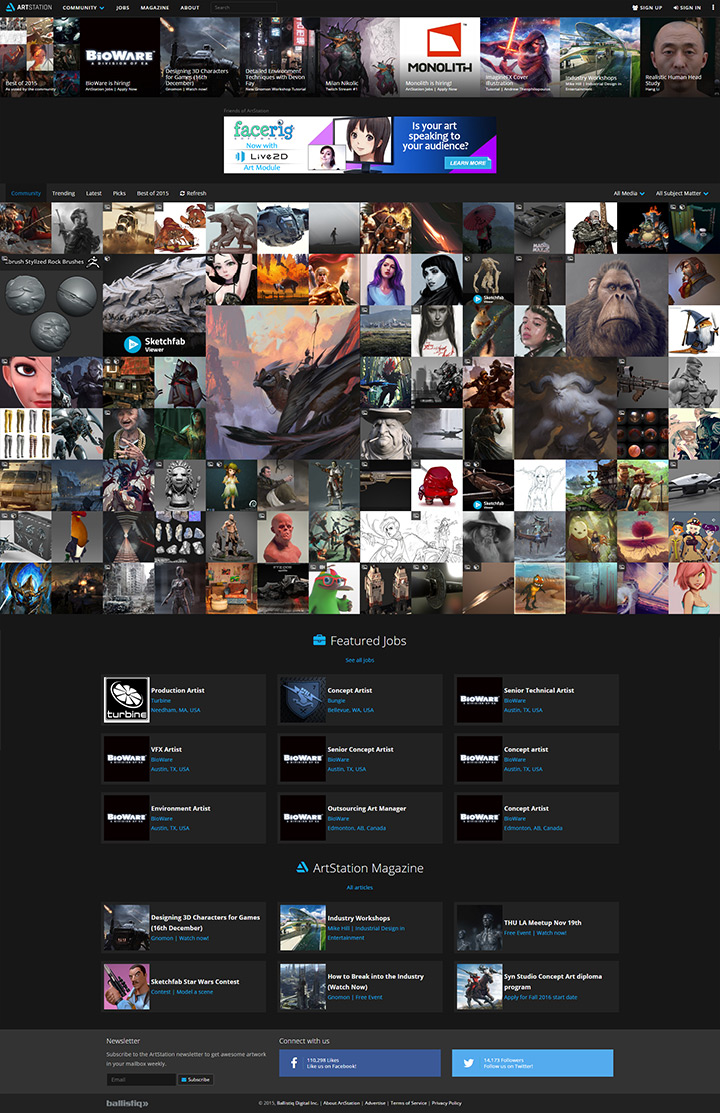