The latest JSFiddle redesign came with an overhaul of the entire web interface, many new features, and a slight rebranding from jsFiddle to JSFiddle.

After the redesign the fiddle founder Oskar Krawczyk promised many new features in the coming months. Based on the latest JSfiddle embed widgets it seems he means business. 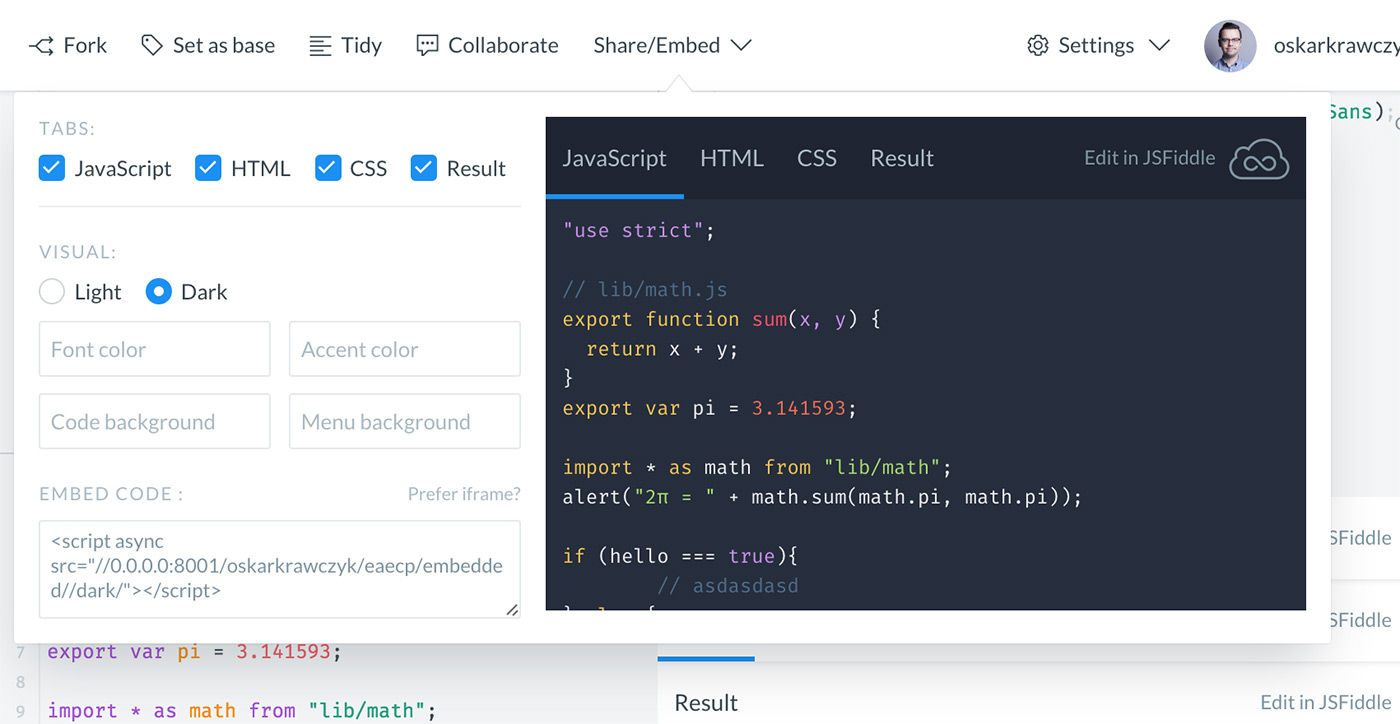 Developers will fall in love with the new code embed creator which appears as a dropdown menu on every fiddle page. You can choose which tabs to show between HTML, CSS, JS and the final result.

Plus the new embed style comes with a light or dark mode for code highlighting. Extra-creative developers can even alter color styles to change font & background color schemes.

For comparison here’s what the old embed window looked like:

These embed changes are mostly on the frontend so the widget’s UI matches JSFiddle’s new redesign. But on the backend developers can now choose between iframe or script tags for embedded widgets.

All existing JSFiddle embed codes will automatically switch over to the new style defaulting to the “light” theme. If you want to change an embed style just visit the fiddle page and use the fancy-schmancy embed creator window to update colors as desired.

New JSFiddle features & bug fixes will continue to roll out over time and it’ll be exciting to see what else is in store for devoted fiddle users.