After the recent sale & abandonment of Pligg CMS, users were left with a platform that was unstable and seemingly never to be updated again.

That is until Kliqqi was announced as the official successor to Pligg. It’s a new open source project forked from the original Pligg CMS engine.

Many changes were made to update the templating system, remove depreciated PHP tags, and rearchitect the system to reduce server load. Now we have Kliqqi 3.0.0 officially ready for public use. 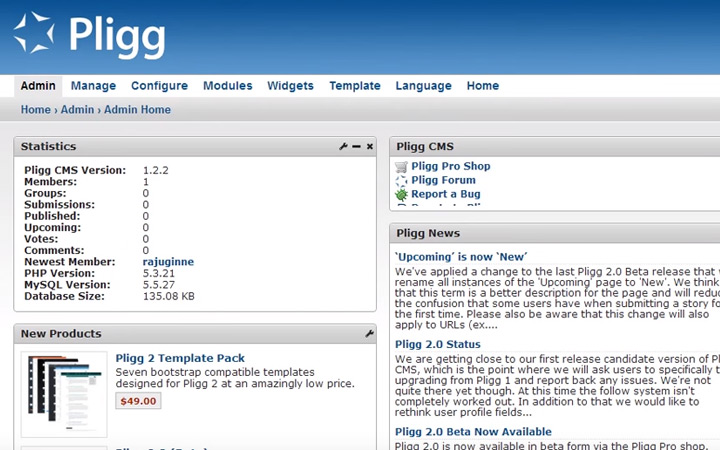 Here’s a quote from Kliqqi project manager ChuckRoast on the goals of this new CMS:

With this release we intend to bring the software up to date with the most strict PHP standards, fix a lot of prior bugs, and reduce the overall server load that the software puts on the server. We have created a great foundation in which to continue our development into the next decade. A lot of effort was put into the stability and security of the software.

For some reason you need to register an account to download the code on the website. I’m not sure if this is an absurd intentionality or a misguided accident, but the source code is also available on GitHub.

Following in Pligg’s footsteps, Kliqqi is and will remain an open source project.

I’ve personally used Pligg in the past and while I commend the developers for adding so many features, the spam management was terrible. Pligg was never a great out-of-the-box CMS and it required a lot of administration to keep stable.

Although I’ll admit that a Digg-style social news CMS is a lot of work. I couldn’t do it. And I truly hope Kliqqi can get it right because the Internet could really use more social news websites.