Design Feature Story By Jake Rocheleau This post may contain affiliate links. If you buy something we get a small commission at no extra charge to you. (read more)
Facebook Twitter Google +

Nestled in Ukraine’s third-largest city of Dnipropetrovsk is Tubik Studio, a brilliant design agency with specialties in web & UI design, branding, and motion graphics. I first found Tubik on Dribbble and was immediately awestruck by their work. I later stumbled onto Tubik’s design blog featuring case studies and writeups on various topics.

This led to some curiosity about the studio’s history and corporate lifestyle. With lots of help from Tubik’s content manager Marina Yalanska I’ve compiled this behind-the-scenes look into Tubik’s prolific creative agency — a story best told through photos.

But let’s start with some history.

Tubik was founded on March 1st, 2013 and just recently turned three years old. Their office space is located in the center of Dnipropetrovsk, a major eastern city with a population of 1 million.

Their office is within walking distance of the Dnieper(Dnipro) River which is the longest-running river in all of Ukraine.

At the moment Tubik employs around 30 people including UI/UX designers, graphic designers, illustrators, motion designers, project managers, sales managers, plus a content manager and copywriter. This is a big leap from the studio’s founding in 2013 and it’s all managed by studio CEO & Art-Director Sergey Valiukh.

Design projects cover any range of direction and complexity. Tubik’s team works on UI/UX design for mobile applications and websites, logo and branding design, graphic design, motion design, illustration work and copywriting. They really are a resourceful creative agency and their work speaks for itself.

So let’s dive into this virtual tour of Tubik and learn about the agency from a whole new perspective.

CFO and co-founder Valentyn Khenkin works in the Chiefs’ Room. This is reserved for top management work including all current and potential future projects.

The Dnieper river bank is a great place for designers to get out and breathe some fresh air. Getting away from the screen often helps creativity and drives inspiration, and thankfully the river is just a five-minute walk from Tubik’s office.

Here we see studio designer Violetta working over some creative thoughts near the embankment.

Here’s another shot of the river bank area featuring Ludmila Shevchenko, UI/UX designer for Tubik’s creative team. Ludmila is also an avid urban sketcher and draws inspiration from the city of Dnipropetrovsk.

Ludmila works as a UI/UX designer with her desk situated in the Big Design Area.

All of Tubik’s team can be found on Dribbble each with their own profile page.

Life at Tubik is creative and hard-working, but also fun and educational.

The studio’s recreation area has it’s own library and there’s even a foosball table for unwinding. Sometimes the Tubik team schedules foosball competitions to get their mind off work and have a little fun together.

Meetings are often held in this area, either between a couple people or big groups.

Designers are constantly meeting to share ideas, discuss workflows, and plan project deadlines. Tubik brings together some of the most talented creatives. The project work that unfolds borders on magic and digital ingenuity.

The above photo features various sketches used during the first stage of the UI/UX design process.

Tubik’s office is full of precious stuff like this, which is helpful not only for the design process but also later as a source of topic discussions, brainstorming, and inspiration. These wireframe sketches also have a sense of historic value once a project is completed.

In 2015 the studio launched its own blog which has become a trusted source for case studies and design research presented from extensive practical experience.

Tubik’s blog was featured in Forbes as one of the 25 best design blogs for 2016. Quite an honor, and it’s undoubtedly an honor rightly deserved.

You can learn more about Tubik Studio on their official blog or by following their Twitter account @tubikstudio. They also have an active Dribbble account with immaculate design shots and project previews.

Although Tubik is based out of Ukraine, their work permeates the globe and offers inspiration to creative people everywhere. This photo tour offers a mere glimpse into the brilliant world of Tubik’s creative agency; a world of fun, passion, and beautiful design.

Tags: behind the scenesgalleryTubik Studio 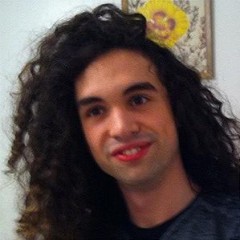 Jake is a writer covering a broad range of topics from UI/UX design to illustration and digital design trends. You can find out more on his portfolio site or follow his updates on Twitter @jakerocheleau.

← Previous Post HTML5.1 Expected For Release In September 2016
Next Post → HTC One A9 Mockups Hit The Ramotion Store