Open Source By Jaime Morrison This post may contain affiliate links. If you buy something we get a small commission at no extra charge to you. (read more)
Facebook Twitter Google +

This library allows devs to create native-looking UIs on top of a reliable JS framework. 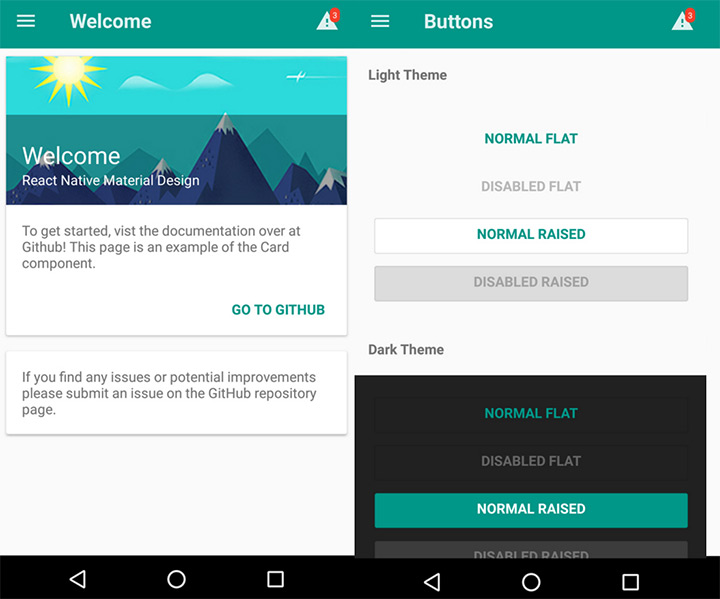 This material library is easy to install with Node Package Manager. You’ll just need two dependencies to get this running:

To see how this works check out the demo app included within the library. You can test it out with a real Android device or an emulated image on your computer.

To build your own interfaces just visit the GitHub page for all the documentation. You’ll find working code snippets for each component in the library such as toolbars, checkboxes, radio buttons, avatar icons, and a whole lot more.