With the release of BuddyPress 2.5 beta comes a bunch of new features like emoji support and a brand new e-mail API.

This news comes straight from the BuddyPress dev team’s support ticket which explains e-mails will be considered a new post type by default. Users have access to this new API which allows for custom layouts and content designs for BuddyPress-generated messages.

Although BP 2.5 is still in beta, this feature is expected to be polished and ready for the public release. 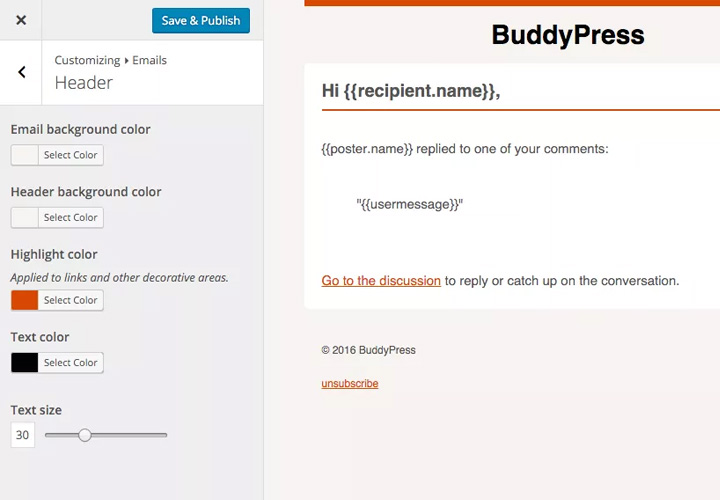 Here’s a brief rundown of expected features accompanied with this new API:

Although the e-mail API ticket was opened six months ago, it was just recently closed with expected updates.

It seems like this improvement would allow site owners to control, design, and write content for their e-mails without much knowledge of backend development. It would be a major stepping stone for BuddyPress as a premiere open source social networking platform.

According to WP Tavern we should expect to see the full 2.5 release somewhere in early March. The BP team also has a development roadmap which affirms that BP v2.5 is over 95% complete.

As of now the current due date is March 2nd, 2016 but may be subject to change.

To keep up with the latest news you can follow BuddyPress’ official blog, managed by the BuddyPress dev team.